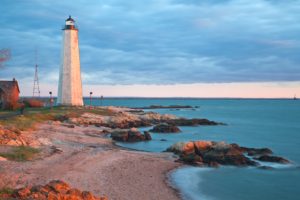 If you are looking for new opportunities and excitement, moving to Connecticut may be perfect for you. Connecticut is located in the New England region of the United States. The state has a rich history that is evident to this day. The most popular cities offer a wide array of activities, so there is something for everyone to enjoy.

Most of the settlers of Connecticut arrived in 1636. Discrepancies arose over where the borders of the state extended. Some of the land in the region was located within the borders of Pennsylvania and New York. Rather than inflict conflict, the people of Connecticut agreed to transfer the territory to those states. This transference of land gave birth to the Connecticut Panhandle. In 1800, the state relinquished the Western Reserve to the federal government as well, which brought it to its current boundaries. In 1788, the region approved of the passing of the United States Constitution, which allowed it to become the fifth state. During the War of 1812, the British imposed a trading blockade to hurt the exportation operations of the U.S. This, however, allowed other types of industries to flourish within Connecticut. The number of factories for manufacturing textiles, machines, and other items soared. This advancement steered Connecticut to be referred to as a major center for manufacturing. The state played a pivotal role in the Civil War by providing Union forces with supplies and weapons. In 1917 and 1918, Connecticut was also a huge supporter of the American war effort. The state showed enthusiasm by purchasing large quantities of war bonds, expanding industries further, and improving food production on farms.

The three largest cities in Connecticut are Bridgeport, New Haven, and Stamford. If you are thinking about moving to Connecticut, these cities have lots of exciting things to offer. Bridgeport houses over 144,000 residents. As far as attractions, there are many offered, including Connecticut’s Beardsley Zoo, Discovery Museum, Post Jefferson Ferry, and the Seaside Park. There are tons of annual events to celebrate national and local holidays. Regional baseball and hockey teams are perfect for those who enjoy sports. Another city to consider is New Haven. Yale University is a great place to experience art, culture, and history. The New Haven Green is perfect for walks and is home to many city events. The downtown area has seen a recent influx of new restaurants and bars, which has improved the nightlife of the city. The last major city to move to is Stamford. For those who love the outdoors, there are a lot of parks to explore. Curtain Call Inc. and Stamford Center for the Arts are just a couple of the local theatres available. You could enjoy a night at the Stamford Symphony Orchestra. There are many entertaining options within the city.

If you need help moving to Connecticut, rely on Vincent Fister Moving & Storage. We are available to assist in local and cross-country moves. For the most accurate pricing, we have one of our trained sales representatives go to your home to survey all of your belongings. We are committed to transparency, so when we give you a price, we will not change it. We are located in Lexington, KY and provide service to the surrounding area.